While at Ford’s Theatre this last April the tour guide dropped a piece of wisdom. It left an impression on me. After telling the story of the theatre and the night Lincoln was assassinated he began to freestyle somewhat. He talked dispassionately about the divide in our country right now and how people are acting. He made a point that, I think, was an attempt to put everyone at ease. He said that every 80 years in America there is sweeping change, and that 2020 is the end of the current run to 80. The first event was the Revolutionary War. Then 80 years later the Civil War happened. Then 80 years after that World War II. His point was casual as if this is not new or unforeseen. It is just a new concept for us. This wise quip I believe applies to our major political parties. 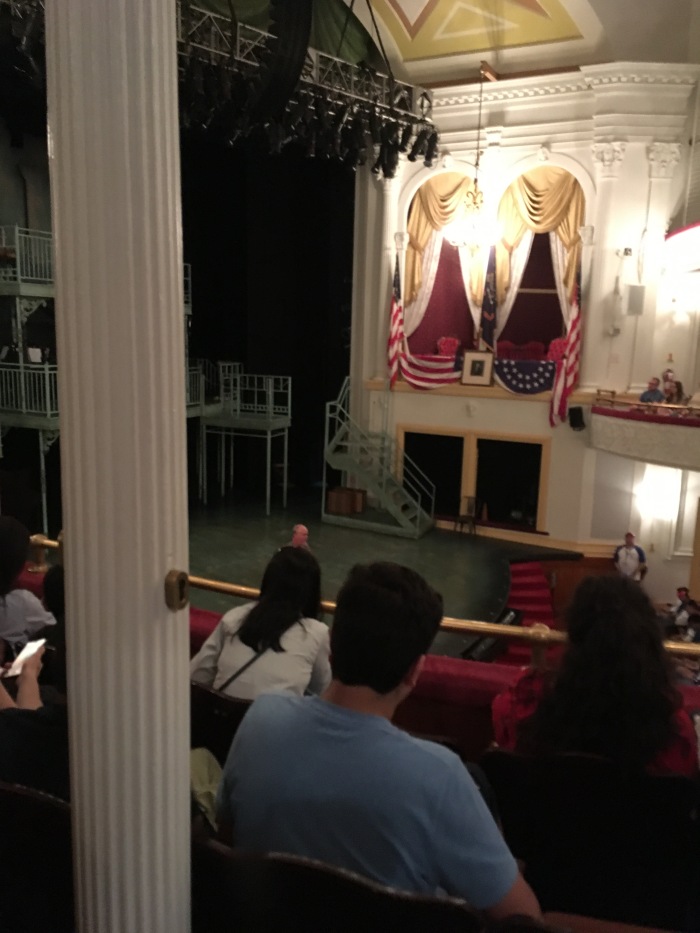 Starting with the 2018 mid-terms the current Republican and Democratic parties will be dismantled and retired. They may live on in some form but their ideology, share of votes, and overall influence will never be as strong again. Independents will gain more power and influence. As will different parties yet to be formed. If you think like the guy at Ford’s Theatre this isn’t a wild thought or crazy talk. Just the natural order and churn of the United States. This is how it works for us. It is already happening and here is some proof. Take a close look at what is happening with each party today. Both are on the back nine.

First the current Democratic party. Bernie Sanders supporters have a long memory. Bernie should have run as an Independent but he thought he needed the Democratic machine. Maybe he thought he had no chance of winning. Maybe Hillary Clinton would pick him as VP. At this point it doesn’t matter. What does matter is the conventional wisdom that the DNC submarined his candidacy in many ways. No coverage and the early rigging of Super Delegates made Bernie’s real shot over by Super Tuesday. This pissed off a huge percentage of his supporters. They think the best hope for America was victimized by the party he decided to support and by Hillary Clinton. By the big money political forces that Bernie wanted to take on by running for President. We are still talking about the slice of support that would not vote for Hillary Clinton because of what THEY did to Bernie Sanders. Many Democrats thought Elizabeth Warren would endorse Sanders but she waited and then backed Clinton. In 2017 the Democrats have been idle. Their current platform seems to be we are not Donald Trump. If you look at their economic plan for higher wages and 10 million new jobs, it is thin rhetoric. Extreme progressives are losing the middle and doing damage to the pool of available undecided and unaffiliated voters. This left fringe out yells the rest of Democrats creating a false front for the Democratic party. Alienating the groups needed to win back the majority in 2018. Hillary Clinton ran a mediocre campaign twice and lost. She is the continuation of the Bill Clinton and Barack Obama establishment. Current minority leaders are cut from the same material. Nancy Pelosi, Chuck Schumer, Elizabeth Warren, and Tim Kaine will offer more of the same. I don’t see any effort being made by Democrats to make headway in rural America and the Midwest. Which is a must for their survival. Little change to the losing recipe.

Now onto the current Republican party. Donald Trump is not a conservative. He is not anything really except an opportunist. His quality that resulted in his presidency was being an outsider. A third party something that happened to run as a Republican. Same concept as Bernie but on the other side. The one thing America needed was disruption of the establishment. Drain the swamp. An alleged populist message and platform crafted by Steve Bannon who used Donald Trump as a delivery vehicle. The enthusiasm for his voters was based in Donald Trump winning the impossible election and Republicans would follow his lead and pass his agenda with a full majority. What happened was a betrayal to the Trump base. The GOP establishment could not repeal and replace healthcare. It turns out after 7 years of whining and doomsday talk about it they didn’t even attempt a solution. Imagine calling all your friends and promoting an epic and wild road trip for years. Then on the morning you are to embark you announce that don’t have a car. No results on immigration and as of now no border wall. Trump seems to be catering to the investor class now that support is dwindling. The tax reform package will add greatly to deficits and take away exemptions from the middle class. The small set of fiscal conservatives will be furious. Already Bannon is creating new Senators and candidates that are molded to end those like Mitch McConnell and Paul Ryan. War on the establishment GOP. While Trump supporters won’t admit it publicly they know now it is the party of the Koch’s unable to change for the times. More importantly the middle and lower classes have been offended and alienated. They may not even get this tax cut done. The tax cut which has already been baked into the markets assuming it will pass. If it does it will mean that Donald Trump instead of being a disruptor will be thought of as useless. Because all he accomplished was appeasement of billionaire donors with more Reagonomics and trickle-down fairy tales. In the end a lot of Trump supporters will hold the same grudges as the disappointed Bernie Sanders crew. We ordered change but were served the status quo.

Both parties are stale. Both parties are still operated by outdated principles and legacy players from the eighties and nineties. Both parties let down huge swaths of supporters down. The legislative branch is at a standstill. The United States has enjoyed a good long run on top. Other countries are stepping up like China, Russia, India, and others. Real change and progress is needed to keep the United States moving but it is not happening. Americans are noticing, and they are going to make changes like they always do.

Like the guy at Ford’s Theatre said this has to happen about every 80 years in America.